Massive congratulations to our coach Callum Powell for signing with National League side Wrexham FC!

Callum has been coaching with us for two years and has focused on improving his own ability alongside that of the children at our Coventry sessions. Always keen to showcase his skills, Callum acts as a tricky winger/forward and we wish him all the best for the future.

He was also recently interviewed by The Daily Post and had this to say:

“I was in the non-League with Rugby Town last season working under Dale Belford and a couple of lads came down there from Wrexham on loan, so I knew there could be a couple of people from Wrexham watching the games.

I had a good season and they were interested in me, I spoke to Gary Mills and it was a no brainer really to come to a good club like this pushing for promotion next season with a massive fan base and brilliant facilities.

From what I have seen so far it is different gravy, such a big stadium for the league we are in, it is easily a (Football) League stadium, the facilities, even the training ground, I am really, really excited.”

Powell began his footballing career with Northampton Town as a 10-year-old, before deciding to take on a ‘Soccer Scholarship’ in Canada, before returning for the start of last season and joining Rugby Town.

After impressing enough to earn his move to the Racecourse, Powell hopes he can have a big impact in North Wales.

He added: “When I came back (from Canada) it was important to get myself a good team and get a lot of games under my belt. Last season I played more than 40 games, I was looking to prove myself and like Dale Belford said when he was in charge there ‘you never know who is watching’ and to be fair it has all come off.

“I am a very positive, a hard-working, creative player, I like to get the fans off their seats, I always like to do a bit of skill and a trick and get at players and make stuff happen.

“I’m a right footer and if I am on the left I like to cut in and hopefully get some goals.

“I am looking to prove myself at his level and get myself into the team and provide quite a few assists and goals.

“We are looking to get out of this league and into the Football League and such a big club like this we are looking to progress as soon as possible, and there is definitely the aim to finish as high as we possibly can.” 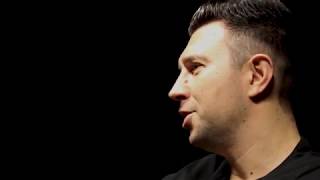